Back to the Future: Re-examining Old Tactics

After the big crackdown and changes in legislation many tactics have fallen by the wayside. However I think it is time to re-examine old tactics and see how they can be effectively applied even within the draconian laws we have now. The movement has always been very good at pushing the boundaries and that shouldn't stop now simply because the boundaries have changed. 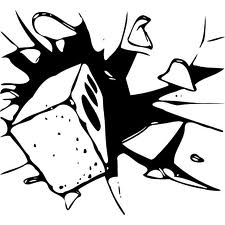 A good example of recycling old tactics is the recent return to phone bloc actions. A phone bloc action is when you call a company on a specific day and complain about something e.g. their involvement in animal testing.

In the past this was a very popular tactic within the SHAC campaign, back then it was much a case of ringing the number over and over and over and over... you get the idea, so as to block their lines. Nowadays though that kind of conduct cannot be advocated publicly so the whole idea seemed to have all but disappeared. However the tactic has now recently reappeared, advocated by smaller groups and individuals and now coming with strict disclaimers urging callers to not make repetitive phone calls. What callers do do however is  totally upto them!  This is a 2011 approach to this old AR tactic.

By looking at old tactics that maybe illegal or questionable now and re-imagining them we can get back to action and kick the animal abusers ass (metaphorically speaking, oh, of course)!

It is also worth remembering that while aboveground activists like us must work within the edges of the new oppressive laws underground activists don't have to. It has always been illegal to smash a window of a fur shop, to paint strip an animal researchers car or to threaten an animal abuser at their home. These are tactics that worked and still work. I don't advocate any of these tactics  – but when people go to jail for aboveground protest you can see what motivates people to do the more effective stuff – all they have to do is avoid getting caught!
Posted by AW at Wednesday, July 06, 2011