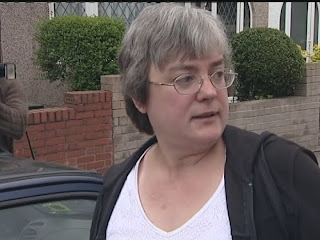 I have been watching the outpouring of anger against Mary Bale who cruelly threw a live cat in a bin. For once (with some exceptions) I have been proud of the public response to an animal cruelty case!
For those that haven't heard about the incident yet (if that is even possible) here is a brief summery:
Mary Bale was caught on CCTV putting a cat into a bin. The cat was rescued by her guardians but only after 15 long hours.
Bale was found after the cats guardians released the video to social media sites such as Youtube.
When Bale was identified she asked for police protection due to a few heated facebook comments and the police obliged saying she wasn't to be arrested as she hadn't broken any laws! However later Bale was taken to a police station for questioning (I am not clear if she was under arrest or was voluntarily attending). But the police attitude was typical – generally sticking up for the abuser as usual.
Bale has disgustingly described her sick actions as a 'joke' in the media saying 'I don't know what the fuss is about. It's just a cat'.
Media and police aside I think the public response to this has been good for once. For once an act of animal cruelty is being taken seriously. Sure there is moral schizophrenia in the public reaction to this case moaning about Bale as they bite into egg muffins – for which surplus male chicks were gassed to dead and often put live in to bin bags suffocating to death. But it is still heartening to see 'normal' people this angry about animal abuse!
For those that don't know about the egg industry watch this. At this unit in the States they don't gas chicks oh no, but they do throw them live into a high speed grinder:

We need to harness this anger and use it to end all forms of animal abuse. If people can care about a cat being put in a bin maybe there is hope for the millions of animals that are institutionally abused everyday.

Bale works at Royal Bank of Scotland:RBS Rugby, 17 Church Street, Rugby, CV21 3PBTel +44 (0) 1788 543326 (Lawful contact only please)
For the safety of the animals of those that may know/live near her. I include her personal details for cross referencing only. Do not contact her in any way, this is to help you avoid the woman only. Please also verify accuracy.
Mary Bale's Address:
Mary Bale 4 St. Michaels Rd, Coventry (024) 7644 1875Work E-mail: mary.bale@rbs.co.uk
Posted by AW at Thursday, August 26, 2010