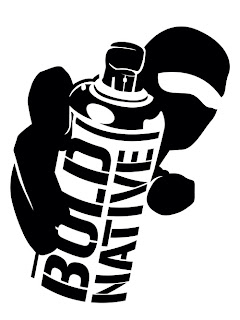 If you haven't heard the buzz about Bold Native yet you must have been living under a rock! But just in case there is someone out there that hasn't heard about it yet here's the scoop. Bold Native is a ground breaking feature film about the brave men and women of the underground animal liberation movement known as the Animal Liberation Front (ALF). This is the first professional fictionalised film regarding this subject matter and it is amazing!

The film's plot, acting and cinematic quality rival anything put out by a big budget Hollywood film company despite being produced on a shoe string. The film is powerful, deep and extraordinarily entertaining. You really don't need to have any interest in animal rights to enjoy this work of  cinematic art.

The movie follows a wanted activist (the FBI had labelled a 'domestic terrorist') on a mission to pull off a nationwide coordinated action. His father after discovering his son is a 'terrorist' gives chase as well wanting to get to his son before the FBI does.

The film looks at all aspects of the animal protection movement. Reformists looking to improve animal 'welfare' via lobbying, the animal liberationists who fight for the rights of animals using illegal means but never use violence against humans and even an activist that thinks violence is part of the solution.

The problem is that the main violence proponents within animal rights do not advocate such use of violence they advocate force to be used proportionately and only to the minimum extent necessary to stop the abuse. I think if the issue of whether violence is ever acceptable is to be taken on it should be done in a way that reflects the actual debate i.e. Is it OK to use the minimum amount of violent force necessary to actually stop abuse?

Also the complete lack of security culture did leave me shouting at the screen and almost willing the liberationists to get caught! However that is more of a nerdy activist thing and I see why the film makers might have avoided such details to ensure the film was entertaining to the widest possible audience.

However overall an amazing, exciting film that anyone regardless of their view on animals can enjoy. If you haven't seen it yet, no matter who you are, you must – you'll love it. Guaranteed!

To order a copy of the movie head over to http://boldnative.com/ To watch Bold Native online you can also download it from Itunes.
Posted by AW at Thursday, March 03, 2011