Why it's time to start loving state repression! 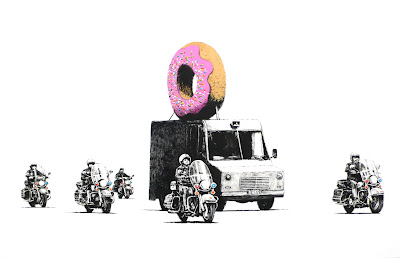 Warning Contains Ranting...
Many people have blamed certain tactics for attracting state repression. Well yes they did and it's a good thing too! The reason tactics attract repression is they are effective. If they don't work Ians Skivens' and Superintendent Pearl's bosses really are not that bothered! The fact the animal rights movement has been so heavily repressed over recent years is a badge of honour that should be worn with pride.

We all know from experience that the type of police response you get on demos varies between targets (regardless of tactics) because the state is choosing to protect the target. It has nothing to do with upholding the law – the police will routinely break the law themselves to protect these institutions.

We must understand that it is not the type of tactics used, but their effect, that creates the overall response. Fans of legalism should look at the case of the Austrian animal activists locked up because their lawful campaign was being to effective!

If the entire movement escapes repression then it escapes all victories that are a challenge to the authority of corporate interests as well! It is time we started to love state repression because as it gets worse we know we are getting closer to effecting change. The more repressive measures we face head on the closer we are to an end to the cruelty and abuse the animals face on a daily basis.

The last thing we need to do now is to become intimidated by the repression or modify our tactics in a way that does not reflect what we have seen to be successful. The movement in the UK has inspired the animal rights movement worldwide but the battle is not won, indeed it has barely begun. Other social justice movements through out history have faced imprisonment, arrest and vilification – do we really expect change without it?


Artwork pinched from Banksy's site, copyright blah, blah, blah. He writes on people's walls anyway so what would he care?
Posted by AW at Saturday, July 17, 2010